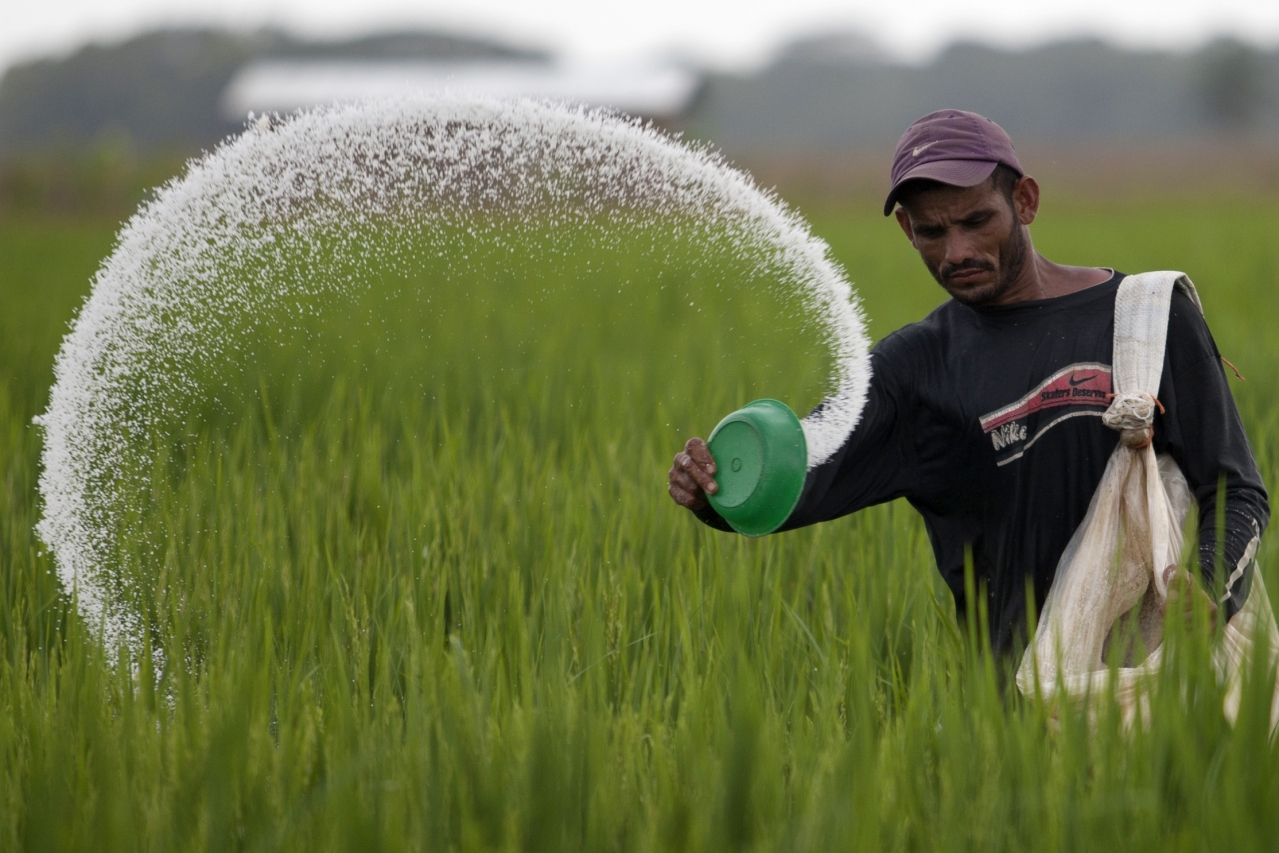 India has known the efficacy of urine as fertilizer for centuries. Why then, did we not take the lead in developing urine-based methods of irrigation?In the past fortnight there has been a huge controversy around Union Minister Nitin Gadkari’s speech about the usage of urine as fertilizer for plants. Mr Gadkari said that he collected urine in a 50 litre can and used it to irrigate his garden. The plants that were watered with urine grew better and bigger, he informed.

What should have been received as a matter of common knowledge, in a country that has known the efficacy of urine as a fertilizer and pesticide for thousands of years, snowballed into severe criticism of the minister. He became the butt of misplaced humour on social media. The Union Minister was viewed as discarding the norms of decency, which agitated some people. Still others said this kind of talk would lead to derailing of the Swachh Bharat programme.

But the real question that needs to be asked is; why has India not taken the lead in developing urine-based solutions for irrigation worldwide, despite being one of the early pioneers of the practice in ancient times? Instead, India has followed the western model of using chemical fertilisers, which involves the mining of limited phosphate reserves.

China, Morocco, US, South Africa and Jordan are said to hold 90% of the world’s phosphate deposits. With growing demand for fertilizers needed for food production, the demand for phosphate is only expected to rise, which in turn will have a profound effect on food prices. Currently India imports about 90% of its requirement for phosphate fertilizers, 100% of potash fertilizers and 20% of urea. There is a severe shortage of phosphate and potash in the country.

Ironically, phosphate is excreted by living things day after day. Not just phosphate but nitrogen, potassium and other nutrients needed by crops for healthy growth are all present in urine. The food we eat contains nutrients which plants have taken from the soil, and the excess nutrients are excreted by the body. While human faeces cannot be directly applied as fertiliser on account of the presence of pathogenic bacteria, urine, has no such drawbacks. When diluted with water, it does not even have odour and can easily be utilised as fertilizer. An advantage of urine in comparison with organic fertilizers is that phosphorus exists in forms which are plant-available.

Thus, humans are going through the elaborate process of mining phosphate to manufacture fertilizers, applying them to crops, and then losing it all via wastewater. Lakes and streams, which receive an excess of phosphate from wastewater are suffering from serious ecological effects such as oxygen depletion and fish-kills.

On the other hand, if urine is kept separate from faeces right from the beginning, the valuable nutrients in it can be directly and easily utilised for agriculture. Urine-separating toilets, in which urine can be channelled separately, are being used on a small scale in different parts of the world, where small farms and gardens are being irrigated. However, the idea has still not taken off in a big way since it is difficult to dismantle the existing infrastructure of toilets and sewerage systems.

According to a guide published by the Stockholm Environment Institute, the value of reusing urine in crop production is often much higher than the mere value of the nutrients contained in urine. Can we attach a value to the prevention of more mining and pollution? What is the value of cutting out the whole process of recovery of phosphorus and nitrogen from treatment plants?

In a study carried out in South Africa, the costs and benefits of using urine as a fertilizer were compared to that of not using any fertilizer at all or using mineral fertilizer. It was found that despite the higher installation cost of a urine-diverting toilet, this technology option had a greater economic benefit. This implies that the urine diverting toilet technology is a better option for subsistence farming areas, which are attempting to improve soil fertility.

In another study carried out in Niger, the cost of constructing a toilet was compared to the value of the fertilizer generated in the toilet. Results showed that the family using the urine as fertilizer could, if they sold it on a market at slightly less than the nutrient value in the liquid, get back the money they paid to build the toilet in less than two years.

There is no dearth of documentary evidence to show that crops are doing incredibly well when fertilised by urine. Barley in Sweden, cabbage, spinach, maize and tomato in South Africa, cabbage in Northern Europe, lettuce in Mexico, bananas in Trichy, Tamil Nadu; the list is long.

Recently, in Amsterdam, a government initiative led to the setting up of urinals in a park with the aim of turning it into fertilizer for local farms. Dutch officials said that Amsterdam’s pee alone could fertilize 10,000 football fields’ worth of plants.

The yellow liquid that most of us associate with stench and squalor is actually liquid gold. Had India taken the lead in research on urine-based irrigation, given its ancient knowledge, perhaps we could have saved millions of dollars in import bills, patented urine-based agricultural techniques and left a healthier soil for future generations. Perhaps, it is still not too late.